After one month of placing our MHS 190th Anniversary Dinner announcement on our websites and social media for our former pupils to register online, some may find it cumbersome to do so. Let us assist you

MAHSOPA will assist you to register online, please provide the following details:

You can send your details to :

A notification will be emailed to you after the registration is successfully done.
Posted by TW Kang at 5:39 PM No comments: 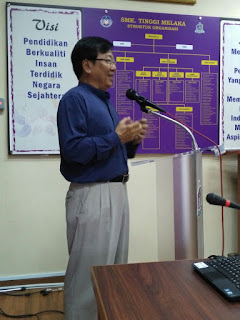 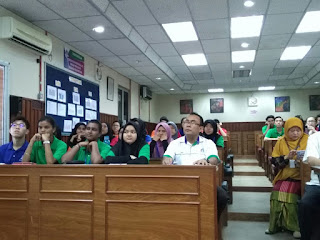 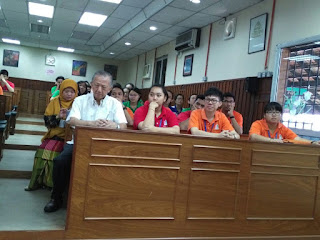 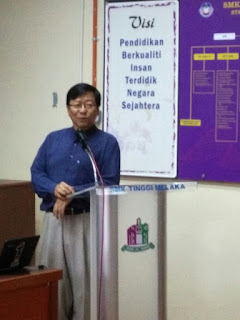 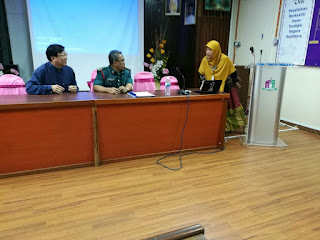 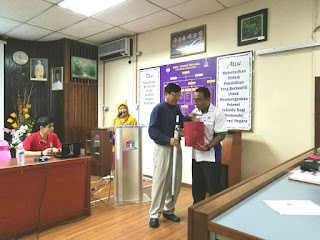 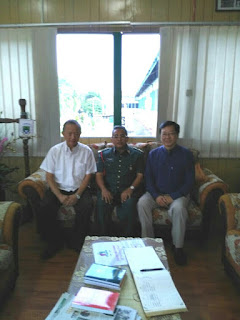 A series of career talks are being organised with Malacca High School management. The talks will be presented by former Malacca High graduates.

Another 2 more talks will be presented in this school year.

At least 20 persons attended this function. Mr Yeo Keng Joon took up the baton in organising this event.

Hopefully, former Malacca High pupils can also hold such activities in their respective residence like in Melbourne, Hong Kong, London and even in USA. 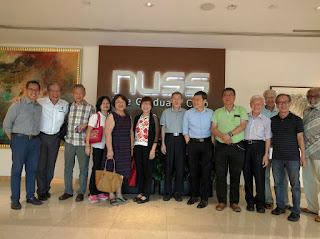 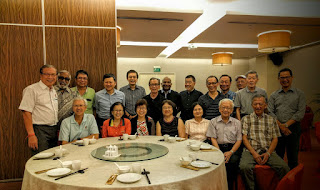 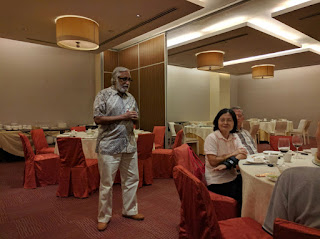 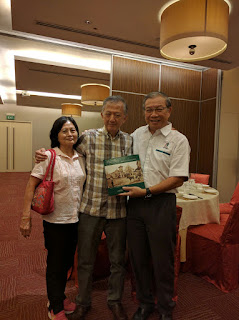 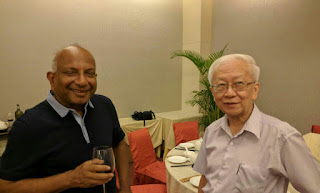 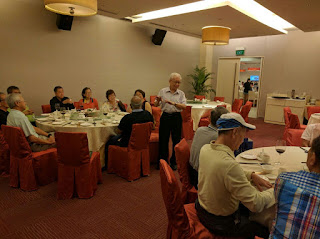 The primary organiser of this function is Mr. Yeo Keng Joon.

Some of our MAHSOPA Committee members from KL are also traveling down to Singapore to support our MAHSOPA members in Singapore.

This is a good start for our MAHSOPA Singapore Chapter and hopefully more former Malacca High School pupils will join in the future.

We want to express our sincere thanks to Mr Yeo Keng Joon for organizing this lunch.

Meliora Hic Sequamur
Posted by TW Kang at 7:43 AM No comments:

Online bookings can be made individually or in batches.

The online registration form is here:https://www.eventbrite.com/e/malacca-high-school-190th-anniversary-dinner-registration-27359772817
Posted by TW Kang at 12:31 AM No comments:

Online bookings can be made individually or in batches.

The online registration form is here:https://www.eventbrite.com/e/malacca-high-school-190th-anniversary-dinner-registration-27359772817
Posted by TW Kang at 12:31 AM No comments:

After 37 years of service, Malaysia’s last La Salle school’s teaching brother, Bro Michael Kum, is taking a bow. Kum, who turned 60 on June 28, bade farewell to the education profession after retiring from the St Francis Institution (SFI), Malacca. “I am now part of the retirees club and will enjoy benefits accorded to senior citizens. And more importantly, I can wake up a little later each morning to enjoy my precious sleep,” he said lightheartedly. After devoting the last quarter of a century to SFI, Kum was feted wiht a fitting farewell cum belated birthday dinner by members of the Francisan Club Kuala Lumpur at the Royal Selangor Club in Kuala Lumpur, recently. At the dinner, Francisan Club Kuala Lumpur president James Sia and its former president Emeritus Prof Tan Sri Augustine Ong presented Kum with a copy of a coffee table book on his life – ‘Bro Michael Kum: Happy 60th Birthday, Happy Retirement’. Sia, who is the managing director of SM Unique Mailing Services Sdn Bhd, sponsored the book’s publication. Kum retires with a remarkable sense of achievement. “I do not feel the age. I feel very blessed for the wonderful life God has given me; to have been able to teach the tens of thousands of students who went through the gates of SFI,” he said. Kum added that he had enjoyed his calling to educate others, especially the poor and downtrodden, helping them to spell, pronounce, read and write properly. “As a student myself, I struggled to do these in my early age. After I finished school, I made it a point to impart this very important knowledge to others suffering a similar fate. “I knew I was cut out to be a teacher and wanted to serve society usefully,” said Kum, who will soon embark on the next stage of his career at the St Joseph’s Institution International School Tropicana campus in Petaling Jaya, Selangor. Kum had been teaching English as it is his favourite subject, and had always admired his former teachers who painstakingly took pride in teaching him and his fellow students. On his farewell celebration, Kum said he had only expected a simple cake – so he was pleasantly surprised to have been given an honour guard by the school’s uniformed associations, as well as a coffee table book on his life in photographs, and a grand dinner by the Franciscans. In praising Kum, Sia said that SFI students, teachers and fellow Franciscans had been witness to historic and glorious years of education in the catholic mission. “We salute the likes of Kum, who had contributed immensely to providing quality education for students from all walks of life, especially in the English language. “We pay great tribute to the La Salle brothers who started their noble mission in Malaya in March 1852, and 50 years later, started their mission in SFI in 1902. “We Franciscans and generations of La Sallians have benefitted from the dedication of the brothers,” said Sia. He added that the La Sallian alumni were committed to preserving the brothers’ legacy, which was guided by good moral values and discipline. Facebook 541 Twitter Share 541 Francisan Club Kuala Lumpur president James Sia (left) and its former president Tan Sri Augustine Ong presenting Kum with a copy of the coffee table book on his life at the farewell dinner at the Royal Selangor Club in Kuala Lumpur. Photo by Adrian David
Selanjutnya di : http://www.nst.com.my/news/2016/09/170266/schools-out-malaysias-last-la-salle-schools-teaching-brother-takes-bow?m=1
Posted by TW Kang at 6:27 PM 2 comments: