The 5th and 6th formers were not present as they were attending the pre-graduation ceremony. 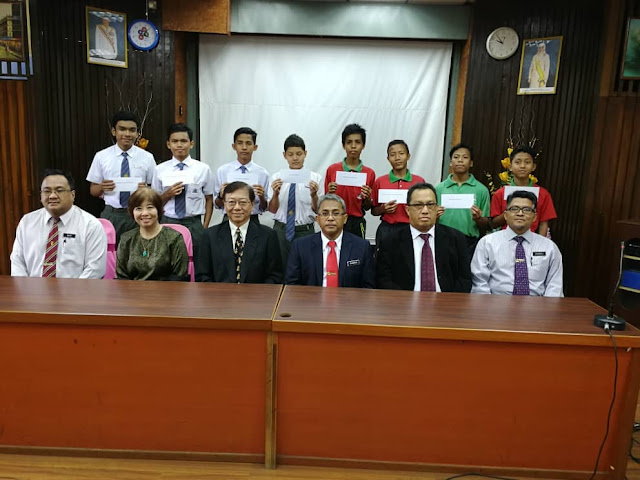 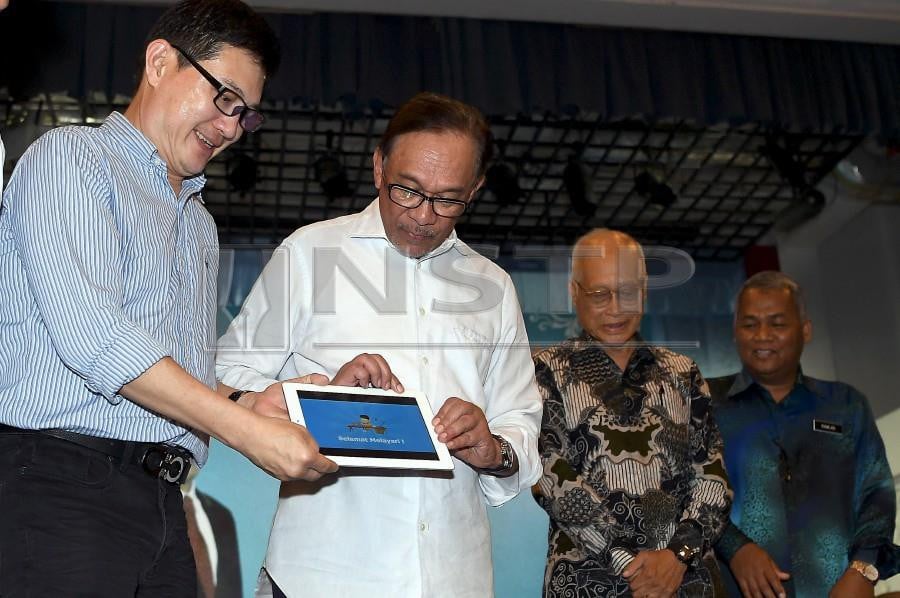 Pakatan Harapan candidate for the Port Dickson by-election Datuk Seri Anwar Ibrahim (second from left) is being briefed by E-Tuisyen’s Chief Editor, Sunny Yee (left) at the launch of the free E-Tuisyen programme for school students in Port Dickson. Also present was former Director-General of Education Tan Sri Dr Abdul Rahman Arshad (second from right). - Bernama
By Bernama - October 4, 2018 @ 10:05pm
PORT DICKSON: A former teacher of Datuk Seri Anwar Ibrahim, Tan Sri Dr Abdul Rahman Arshad recounted an incident in the past when he caused Anwar to turn red-faced to control his anger.
Without stating the actual date, Abdul Rahman said the incident occurred when he was holding the post of Director-General of Education while Anwar was the Education Minister under the administration of prime minister Tun Dr Mahathir Mohamad.
“If during a discussion I would not admonish him (if he makes a mistake), because I don’t want him to feel ashamed in front of the others in a discussion, but I would enter his room and tell him what I want, he turns red-faced sometimes,”he said.
Abdul rahman said this at the official launching of the e-Tuition Percuma (pdtuition.com) for students in the Port Dickson District, here today.
He recounted the incident when Anwar was delivering a speech at the event which was also attended by the teaching fraternity from schools around Port Dickson.
Abdul Rahman’s brief speech was greeted with laughter from the audience.
For the record, ​​​​​​​Anwar was Education Minister between 1986 and 1991, while Abdul Rahman was Director-General of Education from 1985 until 1991.
Abdul Rahman who is now Pro-Chancellor of Universiti Teknologi MARA (UiTM) said Anwar was also an individual who highly respected his teachers, and this attitude was still with Anwar despite holding a much higher position.
“While at the Education Ministry, when I entered his room, he would stand. I did not force him to do so, but he wanted to stand himself,”said Abdul Rahman who was once Anwar’s teacher when the PKR de facto leader was studying at the Malay College Kuala Kangsar (MCKK) between 1960 and 1966.
Meanwhile, Anwar said in his speech that he had invited Abdul Rahman to the official launching because he wanted to appreciate the deeds of his former teacher whom he described as among the best who had taught him.
“He was a firm teacher, but he taught me well and he had contributed significantly to my wellbeing.
“Without expectation, when I was Education Minister, he (Abdul Rahman) was appointed Director-General of Education, so we had worked as a team and the experience at the Education Ministry was most enjoyable and had helped me a lot,”he said.
The e-Tuisyen Program was Anwar’s initiative which was carried out in collaboration with non-governmental organisations and private companies to offer on-line free tuition for Standard 1 up to Form 5 students in the Port Dickson district.
Anwar introduced the program as one of the projects to be implemented if he were elected as the Member of Parliament in the Port Dickson by-election. - Bernama