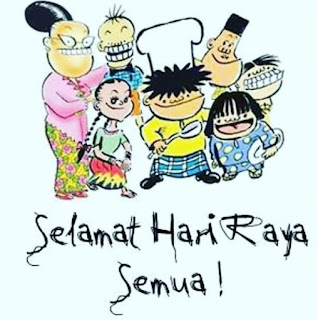 FORMER MHS GRADUATE TOUTED TO BE NEXT MELAKA GOVERNOR

Former Melaka CM Ali Rustam being touted as next governor MELAKA: Messages are circulating on social media saying that former Melaka Chief Minister Tan Sri Mohd Ali Rustam (pic) is set to be named the state's seventh Yang-di Pertua (Governor).
Congratulatory messages have been also flooding local WhatsApp groups since Wednesday (May 13).
The speculation over Melaka getting a new governor gained strength after a key leader from Perikatan Nasional posted on the matter in his Facebook page on Friday (May 15).
The lawmaker said in his post that new things were happening in Melaka this year – from the change in state government to a probable change in governorship.
His post drew brickbats from the Oppositions in the state, who said it was premature to speculate on such a thing as it was disrespectful to current Governor Tun Dr Mohd Khalil Yaakob, who has been in office since 2004.
Meanwhile, an insider said Khalil would be ending his tenure in June, and that preparations were now being made to conduct an official ceremony to welcome the new governor.
It's also learnt that Mohd Ali's name was recommended by Chief Minister Datuk Sulaiman Md Ali.
Mohd Ali, 70, was the ninth Melaka Chief Minister from 1999 to 2013. He contested in the Hang Tuah Jaya parliamentary constituency in the 2013 general election and was defeated by PKR's Datuk Seri Shamsul Iskandar Md. Akin.
However, an aide to Mohd Ali said it was too early to say, even though his boss' name was on the top of the list.
He said the appointment would depend on the federal leadership, although the state government had recommended Mohd Ali's name
Posted by TW Kang at 1:29 AM 1 comment:

“If you do not cultivate your life’s environment, you will not captivate the worlds enlightenment.”

And often times, it is easy to go with the flow and forget one’s potential. I have always been interested with the concept of A Hundred Men (and Women) of Malay College. I did talk to some at MCOBA back in 2004 but did not follow it through. Its raison d’etre was not clear. And it would have been hard to go to 30. Arbitrary decisions some may say, of who should form the 100. The 100 would have served to inspire and shown the way for MCOBs. Ah, I was defeated, it seemed before I got started.

Yesterday, news broke to me: "Dato Rastam Hadi passed away this morning. Pls upload on MCOBA appropriately." And seriously, Dato’ Rastam was quite ahead of my adult life, so please forgive me for not catching on quickly.  Google, and connectivity, told me fairly much about Dato’ Rastam, and I feel that most MCOBs are not acquainted with Dato’ Rastam, and those who had, are slowly losing their recollections of him. And easily, he is one of those A Hundred Men (and Women) of Malay College.

Orang Melaka is a proud people. And for good reason, they were more urban than the rest of Malaysia, as Melaka had been a city from way in the 1400s. And as far as MCOBs go, a fair number of illustrious ones hailed from Melaka, but Dato’ Rastam is rare, of Bertam Malim rather than of the Merlimau/Jasin or Masjid Tanah, born 22nd May 1931.

Quite obviously, he took the genes of his parents, his father was a contemporary of Za’aba at Sultan Idris Training College. Abdul Hadi Abdul Hassan was the author of three volume Sejarah Alam Melayu (1920s).

Much information I share here is from an article by Datin Ragayah Eusoff (Jurnal Biografi Malaysia, Journal of Malaysian Biographies (2005) pp 53 to 72.)

Dato’ Rastam pursued and obtained Bsc (Hons) in Mathematics at University of Malaya Singapore, another rarity.

I take this opportunity to share a few references in written form I managed to get my hands on.

"Employers, too, should not spend their time just lamenting the state of our graduates. They should do more. They should take some responsibility to train fresh graduates by sponsoring employability skills development programmes. Or, better still, they should follow the philosophy of former Petronas managing director Datuk Rastam Hadi by hiring as many graduates as they can afford to be mentored, even if they are not needed now. This is laying the human capital pipeline for the future. Call it compassionate capitalism, but it is one of the many strategies that has made Petronas the only Malaysian Fortune 500 company."

"You have been with PETRONAS from its inception. It has grown up big, strong, clean and efficient. You have been one of those who have greatly contributed to this. Whenever PETRONAS is mentioned, your good name will always be associated with it. Your service to PETRONAS is priceless."

3. In building Petronas, it is my belief, that the toughest was getting the business away from the multinationals. And Dato’ Rastam was the brains:

"But behind the flurry of activities in Petronas, one man stands out. He is seldom mentioned in the news papers but Encik Rastam Abdul Hadi, the managing director, is the “brain” behind the company’s series with international giants like Shell, Esson and Mitsubishi.

While he may not have sat in all the negotiations, his advice and opinions are constantly sought. Together with other senior officials, he decides whether terms offered by oil companies are acceptable or not. He is well-known for driving a hard bargain in the national interest.

It is also quite well known that he treats oil companies with a certain measure of suspicion. It is not that he distrusts them, but more because he wants to guard against mistakes. He is fully aware of the position of Petronas as a young and inexperienced oil company.

By any yardstick, Encik Rastam is a meticulous but imaginative executive.
…..
He feels strongly that conservation of resources and environment should be part and parcel of any oil deal."

If any reader is interested, he should get a copy of the article by Datin Ragayah. She attributed the exit of Dato’ Rastam from Petronas to being a “milking cow, as was evident in the bailing out in 1984 of Bank Bumiputra”.

Clearly, Petronas was built on the shoulders of these special “confident nationalists”, and the good work was continued by other fine men and women after Tengku Razaleigh and Dato Rastam.

Our nation has lost its son.

- And as for us MCOBs, it is a good reminder of how much earlier MCOBs have put into this country. And that it is an inspiration to all of us to #keluarmembimbingnegara. We share this privilege with Malacca High! Let Wisdom Reign

By Hamdi Abdullah
Acting Chairman PTA MCKK
Honorary Secretary MCOBA
10 May 2020.
Posted by TW Kang at 2:28 AM No comments: